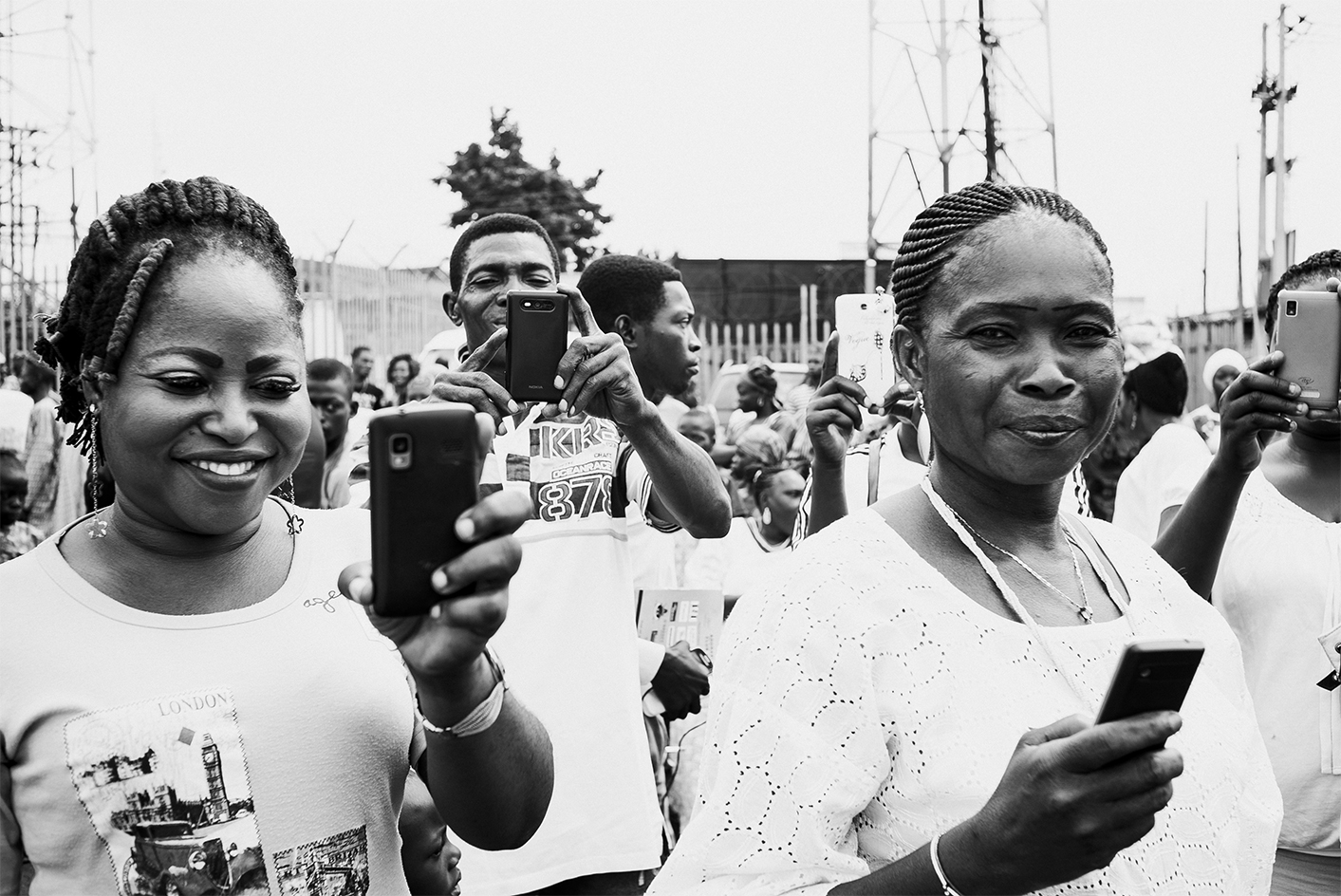 An urgent call for an encyclical on women at the occasion of the 70 years’ jubilee of the Universal Declaration of Human Rights (UDHR). Ingeborg Gerda Gabriel asks the church to immediately take action.

The seven decades that have elapsed since the adoption of the Universal Declaration of Human Rights (UDHR) in December 1948 have seen an immense increase in the awareness and further legal specifications with regard to human rights. The engagement of innumerable human rights organisations to deepen the human rights’ ethos and speed up their implementation has truly been impressive. Despite all setbacks and continuing daily cruelties, as well as the unending need for brave battles to restrain state authorities from abusing their powers, human rights have proved to be the most effective instrument so far invented to protect people from arbitrary political violence, help mitigate social ills and further human dignity. This being said any look at the way the Catholic Church deals with the issue is sobering. There are, without doubt, a multitude of Catholic social initiatives, practical as well as intellectual to further the well-being of women and improve their lives and status worldwideHowever, what is painfully missing are clear statements on the issue of women’s rights and emancipation from the hierarchies of the Catholic Church, locally as well as centrally. This ominous silence is deplorable since it withholds the support direly needed by women, particularly the poor, in their struggle against social ills and discriminations and it overlooks that women who develop their potential can contribute much better to the well-being of their families as well as the common good of their respective communities.

A text from Pacem in terris (1963), that is worth citing at length, shows that Catholic Social Teaching did not always have this blind spot:

Secondly, the part that women are now playing in political life is everywhere evident. This is a development that is perhaps of swifter growth among Christian nations, but it is also happening extensively, if more slowly, among nations that are heirs to different traditions and imbued with a different culture. Women are gaining an increasing awareness of their natural dignity. Far from being content with a purely passive role or allowing themselves to be regarded as a kind of instrument, they are demanding both in domestic and in public life the rights and duties which belong to them as human persons (PT 41).

Read today after the twists in discourse during the past five decades this passage sounds almost provocative. Firstly, it considers the emancipation of workers, women (therefore secondly) and the developing nations as three global megatrends that the Church can welcome and support. As “signs of the time” they are not only facts one acknowledges with some hesitation, they carry major ethical as well as theological significance. They correspond with God’s will, which is to make the world a better and more humane place for all human beings. Discrimination to the contrary is – as Gaudium et spes states – “incompatible with God’s design” (GS 29). Secondly, the text regards recent progress in the role of women in Western societies a result of their Christian heritage, which though it in no way limits its importance for and in other cultures, makes clear that it is to be incorporated in the Social Teaching of the Church. Thirdly, women’s struggle to play an active role is seen as being in agreement with the agenda of human rights and duties as rightful expressions of what it means to be a human person.

Regarded from this point of departure later developments in Catholic Social Teaching, starting in the 1970s, cannot but be seen as reductionist and indeed regressive. With few exceptions they no longer address concrete social ills afflicting women but (starting with Octogesima adveniens) attempt to establish an essentialist identity discourse directed against emancipatory social trends in Western societies which are now being seen as detrimental and contrary to Catholic anthropology.[1] The tragedy inherent in this turn in Church teaching is that at a time when the equal rights of women were after long struggles legally recognized in industrialized countries, which in general was in the 1970s, the Catholic hierarchy no longer welcomed them. Instead, it engaged in a counter-cultural discourse the relevance of which was limited to critical comments on what was perceived as the negative side effects of modern developments. At a time when women’s rights became a centre piece of human rights discourse, the official Church no longer participated in this discourse – even though it could have been one of the social issues where the Catholic Church according to Vatican II could very well have worked together with secular agents in a mutual learning process for the betterment of female lives (cf GS 42; 44).  Instead a counter-discourse that idealized ‘woman’ as the Other of modernity blocked rather than furthered understanding and, in fact, contributed little to the struggle against concrete social ills taking into account the social realities of real women in different regions of the world. The affirmation of (sexual) difference before equality, and family values before women’s rights merely reacted against what was perceived as a feminist threat, whereby the pitting of women’s rights and personal development against their life in the family had and has little to do with the facts on the ground. This is because support of women through better education and better health services is the best way to help families come out of poverty.

A symptom of this unsatisfactory state of affairs is the rather fruitless debate on whether the term gender is to be used by the Catholic Church. Since “gender” has for decades been the term and instrument used to analyse situations and sharpen the view for different forms of injustice against women, the refusal to use it meant opting out of the ongoing debates leaving the issue to others actors. It also meant shunning cooperation with the international and national agents and agencies. Obviously the term “gender” – like any other term – can be misinterpreted and misused. Thus, the Catholic Church will with good right say no to some of the demands of gender politics.  However, as in other areas, dialogue and a common policy requires a common language. In Laudato si’ Pope Francis devoted a whole chapter to dialogue making this method of Vatican II forcefully his own (after a period when it had been discredited). If this method of dialogue is to be applied to women’s issues there is no way around using the term gender. The Papal Commission Justice and Peace held a remarkable meeting on global women’s issues in 2015, stating exactly this. In the final communique, however, the word gender was again omitted due to protest from some conservative women’s groups. The establishment of a counter-discourse, however, neither does justice to the issue nor to the teachings of Vatican II. As feminist exegesis and theology have amply shown during the past decades, it is also not founded in the Scriptures. From a pragmatic standpoint, moreover, considering the rights of half of the world’s population cannot be a successful strategy in the long run.
It is, therefore, high time that the Church recommits herself to Vatican II when she self-assuredly embraced the movement towards greater equality of women based on human rights. Thereby, she could in the best of all scenarios be a voice of reason in a highly fragmented and polarized debate of the so called “culture wars”, stressing that the ethical implications of social issues are always complex and the most humane solutions can only be found in dialogue. As Aristotle noted, it is a function of the particularity of ethics that these insights never have the same certainty as those of mathematics (Nicomachean Ethics I 1: 1094b-1095a 11).
For years I used to conclude my lectures on Catholic Social Teaching with a resumé on its strengths and weaknesses. As a last point I told my students that on two issues CST was gravely underdeveloped: on ecology and on women. After the publication of Laudato si’ in June 2015 the one blind spot that remains is women’s role and rights. An encyclical on the issue could well start adapting the famous introductory words of the Pastoral Constitution Gaudium et spes:

As I see it before my inner eye, its structure could be rather similar to that of Laudato si’ starting out with a description of the worldwide situation of women giving special emphasis to regional differences and linking women’s issues with other social issues  (feminization of poverty, migration, ecology, violence). It could secondly state the message of the Gospels taking up the theological scholarship of the past decades on women’s role in them.[2] Thirdly, it could show that there are important pro-modern traditions in the Catholic Church existing since the beginnings of Christianity stressing the equality of women. Fourthly, a chapter should as in Laudato si’ be devoted to serious dialogue with all other agents active in the field from science, other religions and secular movements. Such an encyclical on women could then close with guidelines to further women’s empowerment expressing the Church’s appreciation for existing initiatives in the Catholic Church as well as in other churches and religions. All of this would not exclude that problematic developments and difficult ethical questions are being addressed in a polite way but they would not stand in the first place. It would attempt to describe the situation in different regions of the world Church in as much detail as possible,[3] giving sufficient weight to regional differences which she knows about from a myriad of grass root organisations, parishes and religious communities. Thus, she would be able to show that different approaches are needed in different social contexts, whereby these must all be guided by the universal acceptance of human rights. Such a document would also speak about the role of women in the Church and their work for the Gospel so as to further the common good of the Church acknowledging that she did not make sufficient use of women’s potential in the past.

The encyclical I dream of could be a big step forward in what is one of the most ardent social questions in today’s world, stressing the dignity and rights of women as Rerum novarum stressed the dignity and rights of workers in 1891. Last but not least it could help the Church get out of the cul de sac on gender and sexual issues that the Church has manoeuvred herself into. And it could rekindle hope. Such an encyclical on women has all too long been missing.

[3] As is done for India in Shaji George Kochuthara (ed.): Gender Justice in the Church and Society, Papers of the Second DVK National Seminar on Moral Theology, Dharmaram Moral Theology Series No.3, Dharmaram Publications 2016.

Ingeborg Gerda Gabriel holds the Chair of Social Ethic at the Faculty of Roman-Catholic Theology, University of Vienna and serves as head of the department since 1997. She is first woman to hold a chair in the Faculty of Catholic Theology since its foundation. Prof. Gabriel also holds degrees in International Relations and Social Sciences and Economics and has served with the UNDP. Recently, Prof. Gabriel was appointed as the Personal Representative of the OSCE Chairperson-in-Office on Combating Racism, Xenophobia and Discrimination.